He invites someone from the public to select a card. He takes the card and puts it back in the deck, but both forget which card it was. The asistant smiles all the time at the crowd and is unable to help.

When he manages to mix a deck of cards without dropping it, he feels very proud, and dedicates his triumph to the public, with excesive reverences, as if they were clapping at him.

There is a box with the picture of a rabbit. He opens the box expecting to pull out a rabbit, but the rabitt is gone. The asistant is eating a very suspicious sandwich. The magician interrogates her but she shows an inocent face.

Pitiful flower.
Displays an empty flower vase, announces a bouquet of roses, covers it with a towel and a single wilted flower appears … The magician engages in a discussion with the assistant, which accuses him of being cheap.
Finally, the assistant empties the vase 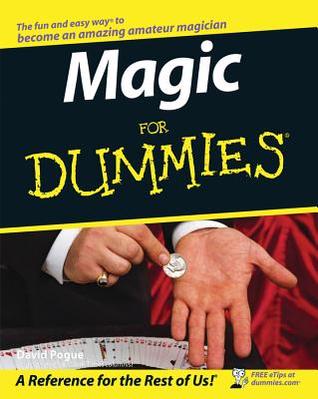 on his head and the audience applauds.

The assistant hides behind a sheet, the magician announces her disappearance, but and instead of disappearing, she is talking on the phone. He repeats the hand passes and the magic words. She is still there. And in adition, she is kissing with a guy. The magician gets angry but the audience applauds.

Assistant sawn in half

The assistant enter a box and the magician starts sawing. Suddenly an agony cry comes from inside. The magician touches the bottom of the box and finds blood. He instructs a handyman in secret, and when he opens the box for the assistant to wave her hand, we saw that the woman is not the same. The handyman retires the corpse of the original woman.

The next time he wants to saw his assistant in half, she refuses and they argue. Finally, she brings a chicken and the magician agrees to cut it in half. They both wrap the half chicken to take it home for dinner.

The magician asks a coin to a guy from the audience. He puts the coin in his hat and after some hesitation and mistakes, he makes it disappear. Invites a second person from the public to inspect the hat and try to find the coin. Supermag also offers his body for check up.

The first guy from the public, ideally big and strong, claims his coin. The magician does not have it. It offers to pay with a coin of his own, but he can not find his wallet. He claims to the guy that checked on him looking for the coin. They argue. The magician also lacks his watch.

The magician wants a loan from his assistant in order to return the coin and take a bus home, but she does not want to lend. He request a loan from the public, without success.

After the lousy act, the magician circulates the hat among attendees. But there is money in the hat, and instead of adding money, the assistants withdraw money, in order to be compensated by his time.