A pompous and proud TV Kitchen Chef is preparing a vegetables mix and a cake, while lectures about food and other issues.

The cameraman is tempted with some of the food.

He approaches a cherry and stops there for a while, in spite of the Chef desire that he focuses on an empty pan.

The focus goes to the pan for a second, then goes back to the place where the cherry used to be… and the chef is shown looking discreetly for the cherry, while apparently is shown mixing some ingredients in a bowl.

In an extreme of the table there are pieces of chocolate, strawberries and creme. There is an extreme close up of a strawberry. 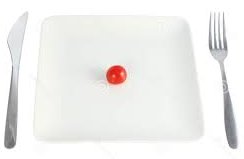 The chef wants focus on his bowl, the camera shows briefly the bowl, and again, the place where the strawberry used to be.

The chef has a cute assistant. She is asked about the cherry and the strawberry, but she saw nothing. 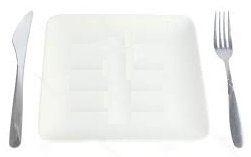 The chef is preparing coffee to add to the dough. A coffee maker is seen in the background. We see that the camera is fixed on the chef, and even misses some movements.

Apparently the cameraman went somewhere. In the next scene, the coffee maker is missing from the place it used to be.

The chef asks her assistant for the coffee maker, but the girl is not where she is suppossed to be.

There is laughter behind the camera, and the cook demands silence with an angry look.

In the next scene, the chef approaches the camera, angrily. He grabs two cups of coffee, from two people behind the camera. He then leaves the cups in the table and goes back to the camera.

The Chef goes back to his explanation.

The lights in the set suddenly are turned off. The Chef extracts a small lantern from his pocket, and turns it on.

He discovers that the camera and the girl unplugged the ligths and plugged the coffee maker instead.

The chef unplugs the coffee maker, plugs the ligths and they go back to life.

He returns the coffee maker to its original place.

The chef goes back to the scene and explains how to make a good cake. But suddenly he smells something, rushes to the oven and extracts a burnt cake. He looks angrily for the assistant, who is nowhere to be seen. Finally he pulls her from behind camera, where she was kissing with the cameraman, and brings her back to his position in the kitchen.

She wipes her lipstick out of place and some cream in her face with a paper towel, and then applies more lipstick.

Finally the cook finishes the vegetable mix, shows it to the camera, and handles it as a great honor, to the cameraman.

The Chef continues talking and moving, we see a wall watch showing how time passes, and ast some point we see that the camera does not follow the movements of the Chef.